For at least 4.51 billion years—the Moon’s rocky face has been jabbed and whacked by rude asteroids. The history of violent events is forever recorded on the lunar landscape. Mountainous scars create a strange landscape, and mysteries are tucked inside cold shadows. We often take the Moon for granted or forgot that it’s a world still worth exploring. Put on your space suit and let’s solve a Moon mystery.

Smart alecs know everything about lunar craters…what about lunar caves, though? Fancy orbiters whipped around the strange world and recorded the lunar surface in unimaginable detail. Lunar caves (or lava tubes…or pits) are not as common as impact craters, however, nobody knows how many caves exist, and nobody knows what’s lurking inside of them. Could a bear hibernate inside a lunar cave? Anything is possible, right? Future astronauts will have to solve that juicy mystery, and they better bring some blueberries. Bears love blueberries. Anyway…the fact remains: lunar caves are real.

Take a gander at the pretty photograph. Do you see that big ass pit? Yup. Told you so. The lunar surface has a variety of weird pits which haven’t been explored too much. Obviously. Lunar orbiters have photographed lava tubes and other types of pits. Future astronauts may use lunar pits as shelter…as long as they can evict the damn bears. Just kidding. Maybe.

Are there any lunar caves that haven’t been discovered? Let’s take a closer look, shall we?

Do you see anything out of the ordinary? Stick your nose up to the screen and look really, really hard. Take your time. Don’t see anything unusual? Okay, well…let’s take an even closer look. 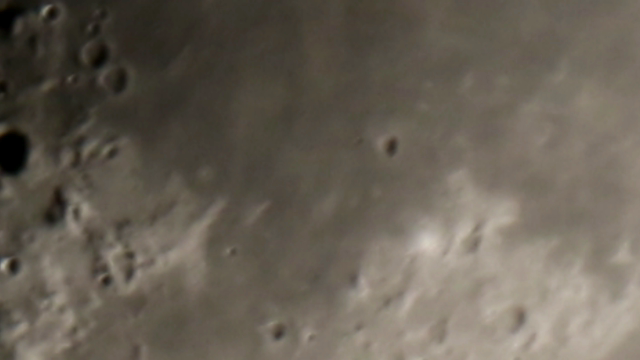 What about now? Do you see anything fishy? Take your time. No rush. Don’t see anything too weird? Okay. Fine. Let’s take another closer look. You asked for it. 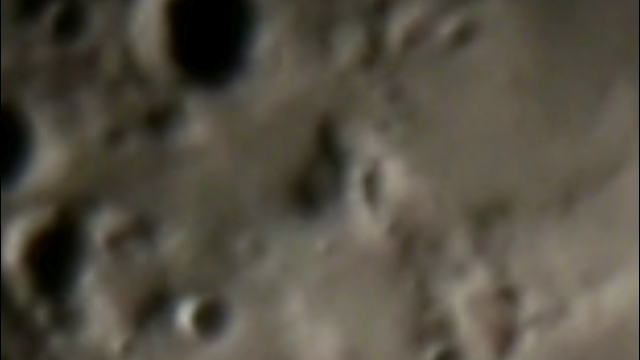 What about now? Take a peek toward the center of the photograph. Do you see that weirdo mountain-thing? There appears to be an opening on the sunlit side of the mountain-thing. The cave is somewhat parallel with the surface—it’s probably not an ordinary crater. Asteroids tend to smack the lunar surface at a somewhat steep angle. The nearby craters prove that devastating fact. Compared to nearby craters, the opening on the mountain-thing is very apparent. Due to the shadow on the opposite side, you can clearly tell the object extends above the surface. Based upon my impressive calculations, I have no idea how large the structure is…but the mountain-thing appears to be fairly large. Still can’t see the structure? Hold on.

The magical red arrow points directly at the sunlit side of the mountain-thing. Do you have any idea what that is? I sure as shit don’t. What? We’re you expecting the mystery to be solved? Think again. There are a few possibilities, though. The shape of the rock could be casting a shadow which makes the surface simply appear to look like a cave. The rock could also be slightly indented, or the mountain-thing is slightly angled away from the direct sunlight. Maybe not. I’ll let you figure it out.

Go nuke a bag of tasty popcorn and then uppercut the play button. Don’t forget to enable HD. The movie may help to shed some light on this Moon mystery. Or not. Take a look and find out. If the movie doesn’t play or isn’t visible, feel free to click this link and you’ll be teleported to a page which features the movie. Thank you.

The shadow could be a sophisticated illusion…kind of like the “Face on Mars”. The Martian face-like structure is simply a mound of land which so happened to look like a gigantic face. The region is called Cydonia, and high-resolution photographs proved that the Martian face is nothing too special. Sorry. There’s a critical lesson to be learned: what you see is sometimes not what you get. High-resolution lunar photographs will either prove or disprove the lunar cave mystery. Light and shadows can play tricks with our mind and provoke us to make false conclusions about the reality of certain situations. So…are we really lookin’ at a lunar cave? You tell me! I can’t figure this shit out.

I’ll try to see if there are high-resolution photographs of the lunar cave, and then compare the data. I’m sure the landmass looks much different, however, the preliminary data is still interesting. You can also set up a small telescope and take a look at the mountain-thing. Go ahead. Let me know if you do.